Not available in Italy

The Anglo-French couple Fred and Rosena Charmoy live a busy and decidedly social life in Marrakech, running a wedding and bespoke events company known as Boutique Souk. But at the end of the day they leave their office in the city and come out to their home in the Palmeraie – a former palm grove just a few miles away that offers tranquillity and calm.

The Charmoys chose their escapist house just as they were getting married themselves, seeking a balance between the pace of life in the city and the peace of the countryside. The house itself was built around twenty years ago but Rosena – who grew up in Belfast before starting work in the hospitality industry in London – brought in a Northern Irish friend, architect Nigel Murray, to help them reinvent and update the house.

The ground floor was replanned and extended with the ambition of creating a more open and enticing kitchen, which was always a key priority for both Rosena and Fred. The work continued with the creation of more guest accommodation on the ground floor, while the couple’s own suite, study and studio is located upstairs within a more private portion of the house.

More recently, Rosena and Fred – who grew up in France and previously worked in the hotel industry – decided to create a series of outdoor rooms that connect the house to the garden and pool area. These verandahs hold a fresh air dining room, next to the kitchen, plus a relaxation zone. It is the perfect setting for entertaining friends and family, but also to relax at one remove from ‘the red city’. 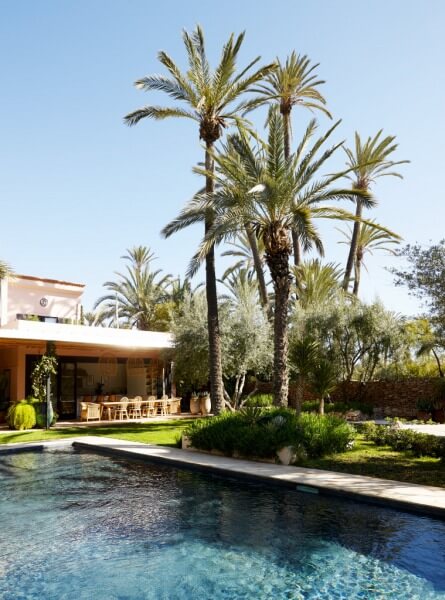 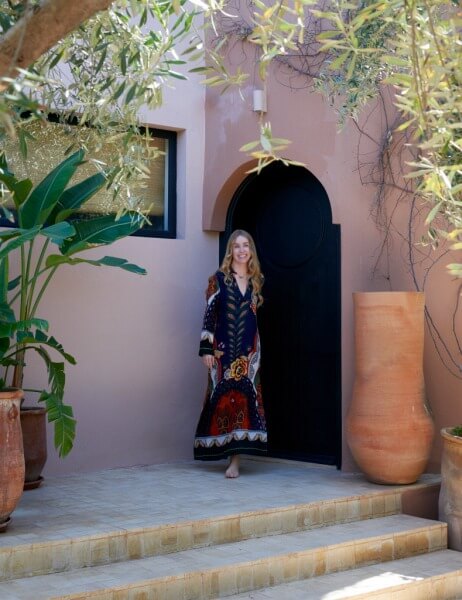 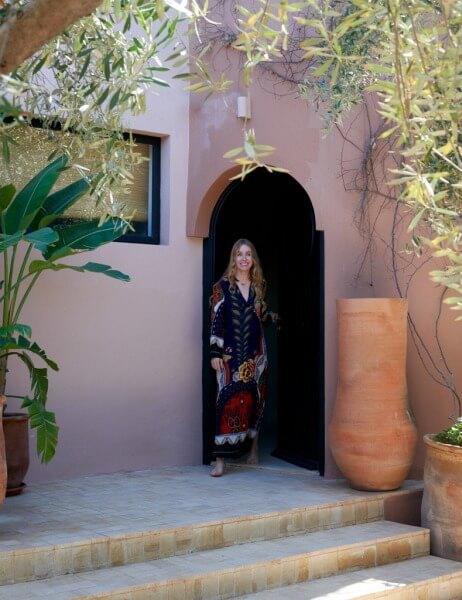 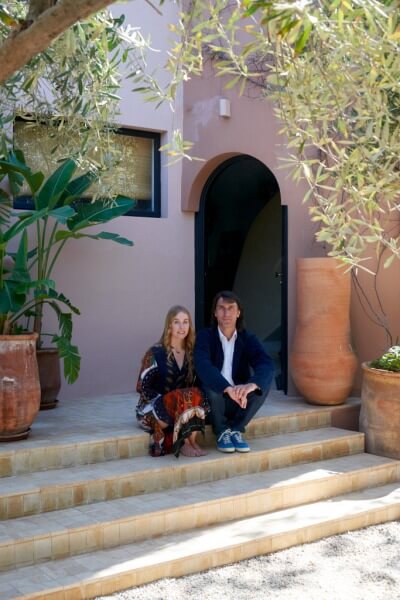 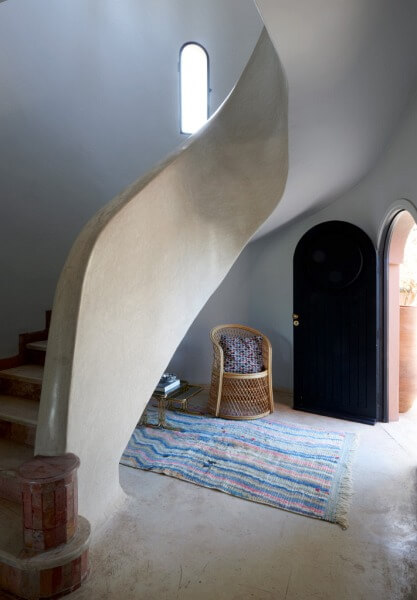 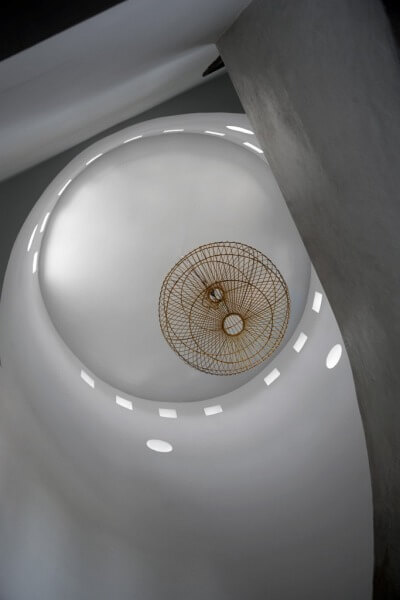 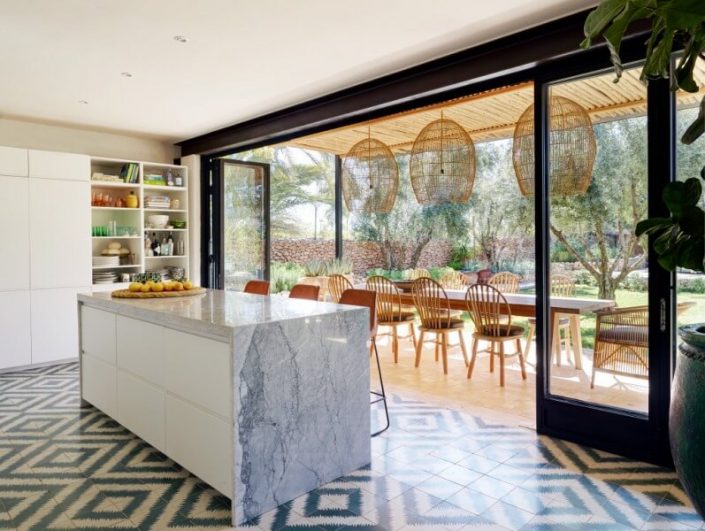 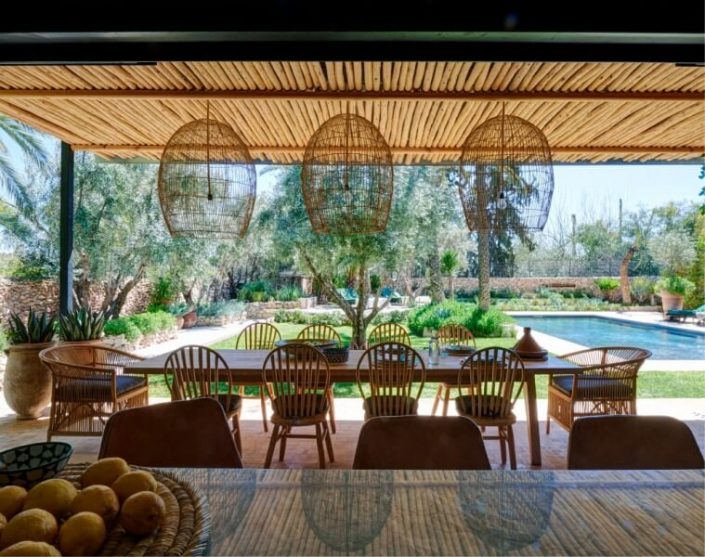 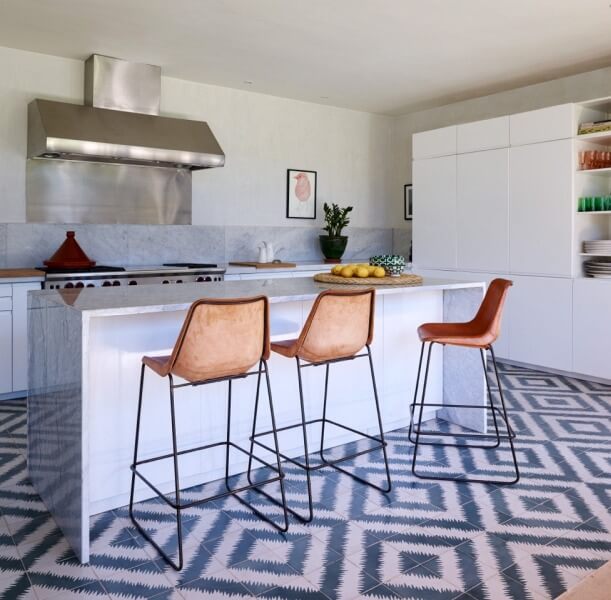 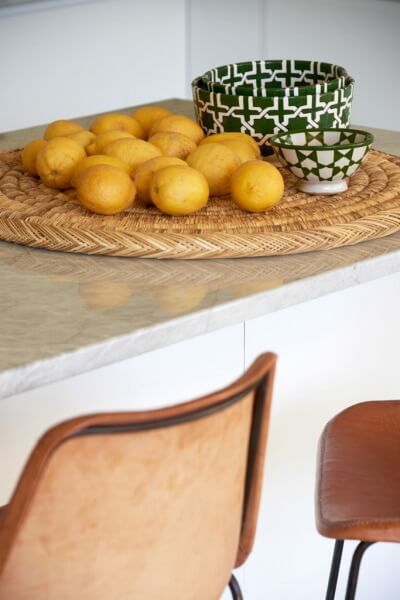 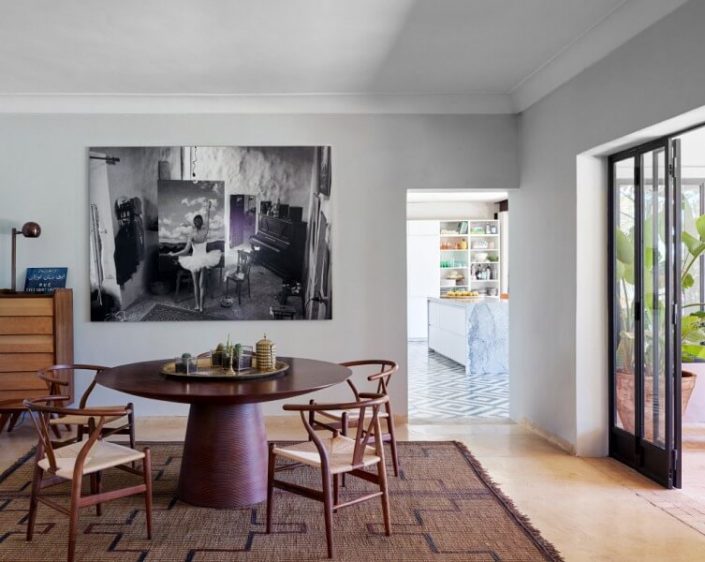 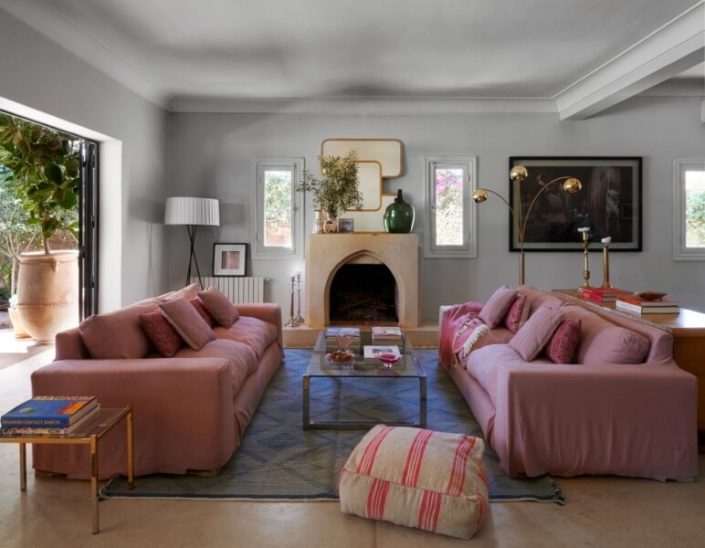 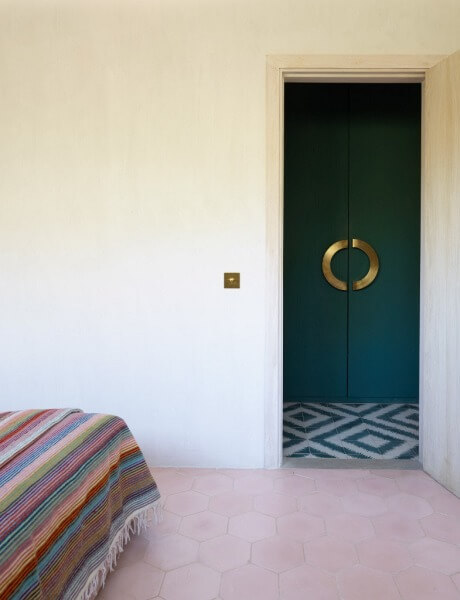 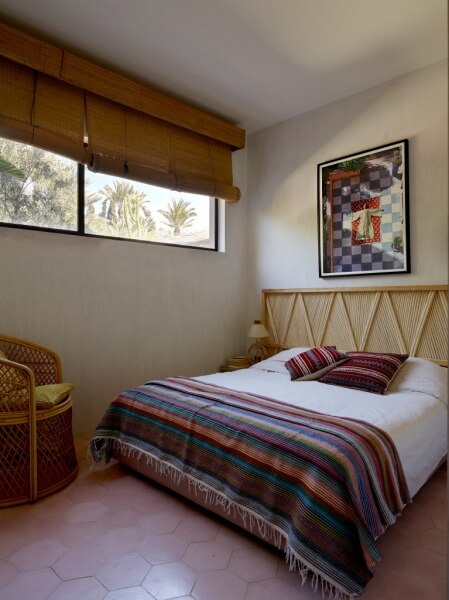 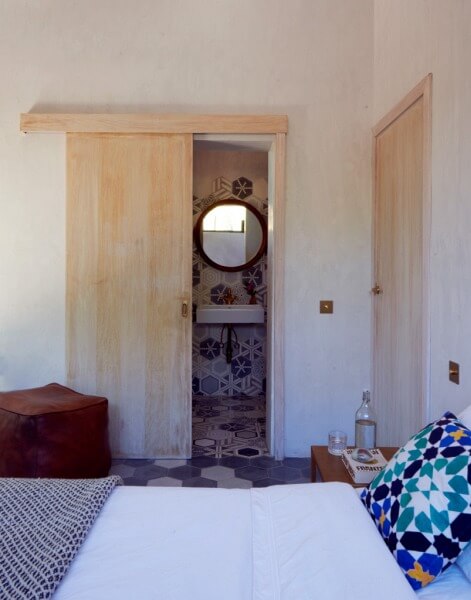 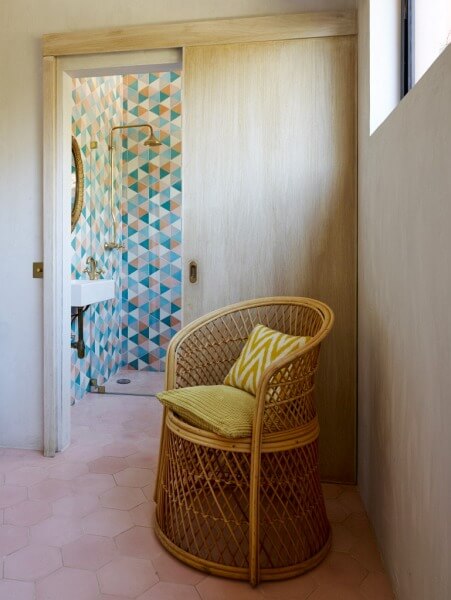 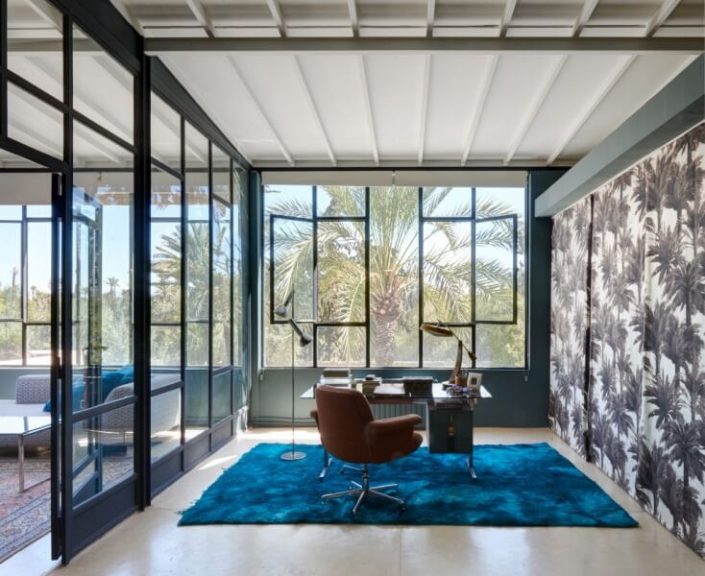 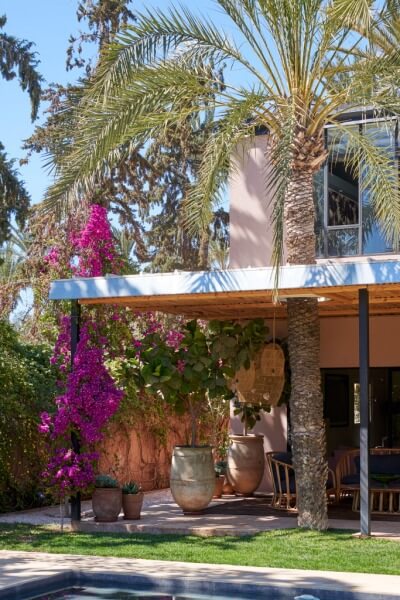 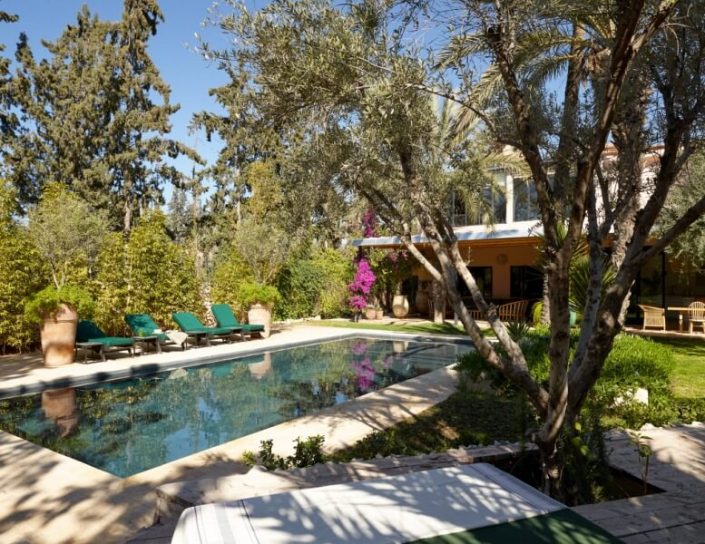 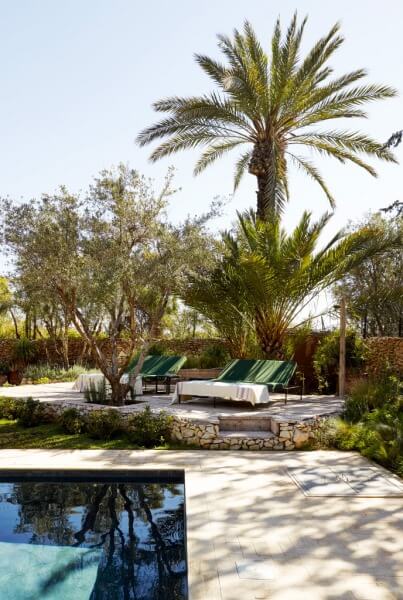 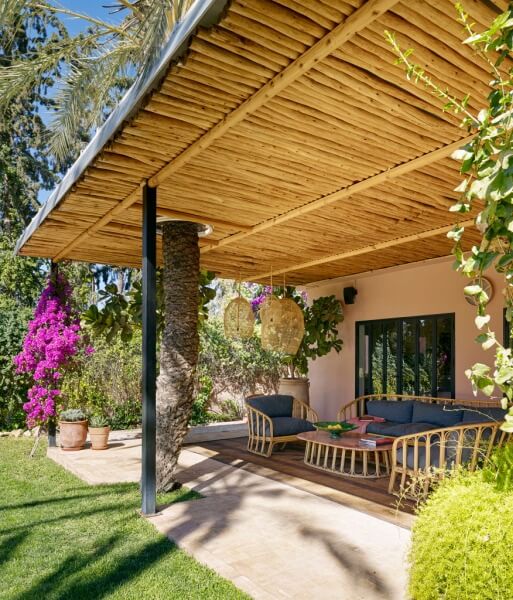 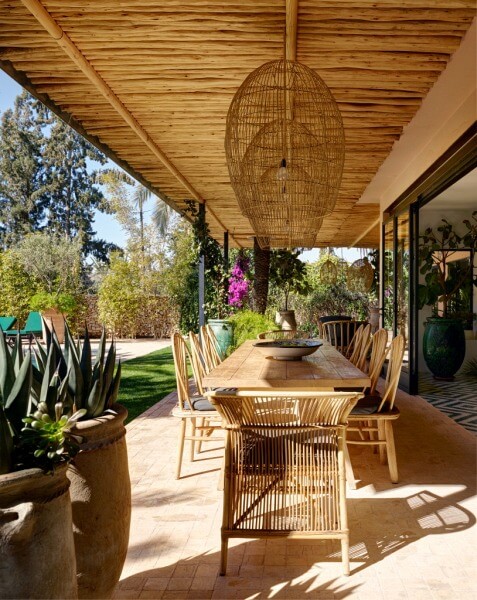 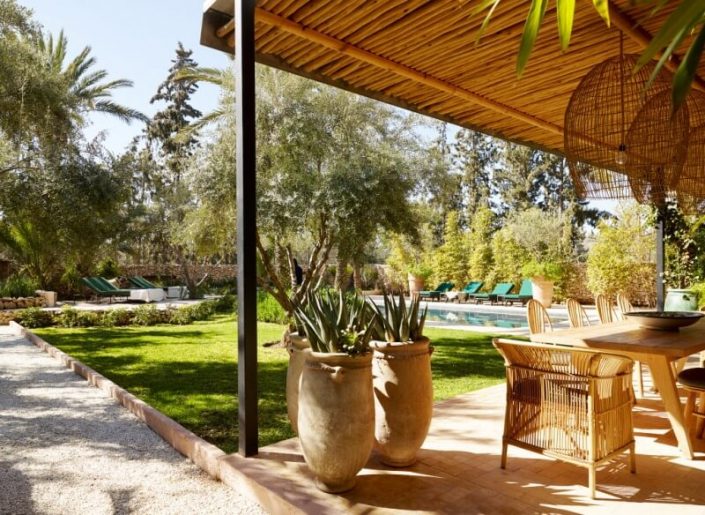 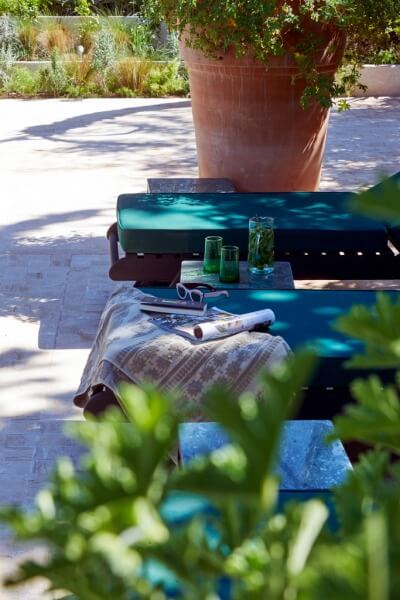 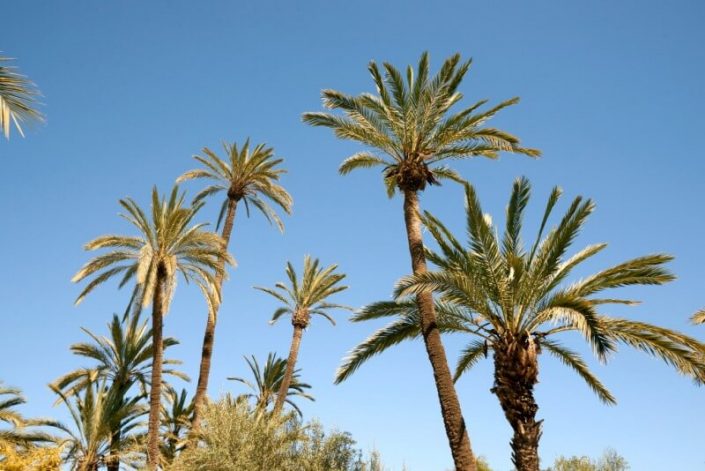